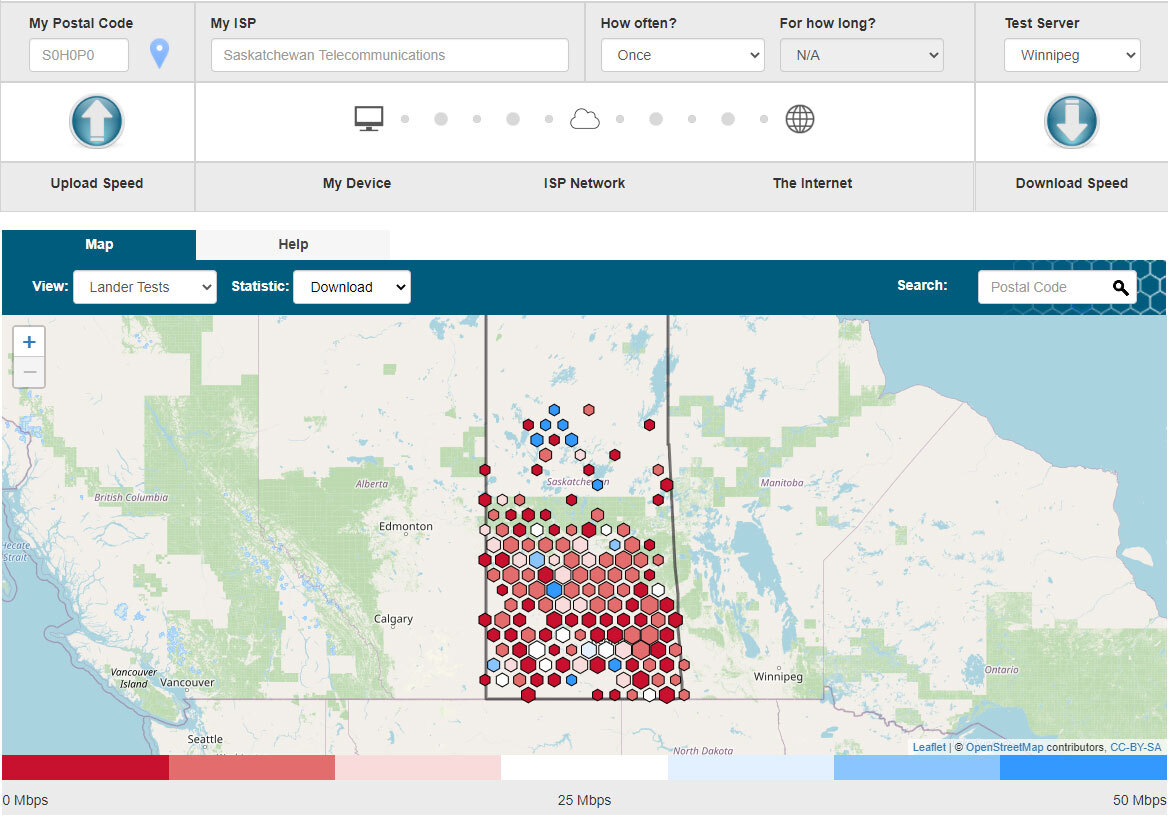 The project is a partnership between APAS and the Canadian Internet Registration Authority (CIRA), which works to improve the safety and accessibility of the internet for Canadians. The APAS Internet Speed Test is the first such partnership between CIRA and a Saskatchewan organization.

The data collected will help establish a baseline for internet service levels in the province. APAS hopes the research will help ensure that the federal government’s enhanced Universal Broadband Fund supports projects in the areas that need it most.

“The investment in the Universal Broadband Fund is an important step, and our Internet Speed Test is a great complement to it,” says farmer Jeremy Welter, Chair of the APAS Rural Connectivity Task Force, which launched in September to focus on rural internet and cellular service. “This Speed Test lets us put numbers to people’s experiences and see what internet service levels look like in specific areas around the province.”

The Internet Speed Test, which takes only a minute to complete, gives the user detailed information about their download and upload speeds. Speeds that meet the CRTC’s service standards for Canadian internet are given a blue dot on the Saskatchewan map, while substandard internet is marked in red.

“Not only does it give us a really compelling picture of internet speed across the province,” says Welter, “but it also gives people an exact picture of their own internet. They can compare their speed to what their contract promises and let their service provider know if they’re not getting the speeds they’re paying for.”

APAS is calling on rural Saskatchewan residents living on farms, in towns and villages, and on First Nations, to complete the Internet Speed Test. The data will help APAS understand actual internet service levels in the province and advocate for improvements.